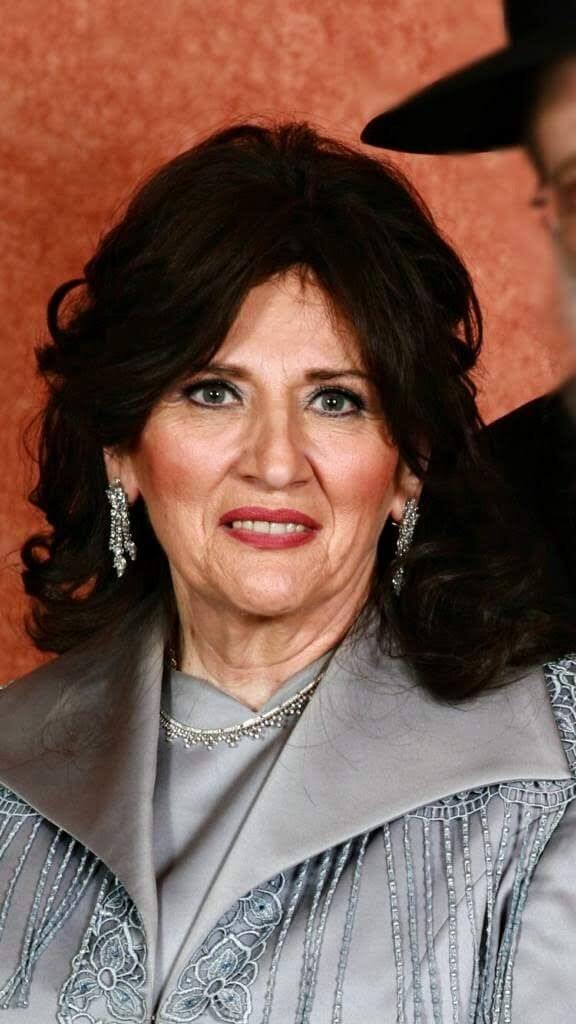 Rochel Leah was born in the year 1946 in Poking, a DP camp in Germany, to the illustrious Rabbi Yisroel Shimon and Chaya Sorah Kalmenson. The Kalmensons were among hundreds of Russian families seeking refuge in Germany post World War 2. Her birth coincided with the time Rebbetzin Chana Shneerson was in the camp, en route to New York.

Together with her parents, they emigrated to the United States in 1949 and settled in East New York, Brooklyn. At the tender age of 3, she merited to be in a Yechidus with the Frierdiker Rebbe, shortly before his passing.

Rochel was educated at the newly founded Beis Rivka School in Crown Heights, and was one of its earliest graduates, earning the praise or her teachers and peers.

Through her many years of diligent work in Shidduchim, she merited to set up hundreds of Chassidishe homes within the Lubavitch community. Her wisdom and infinite devotion helped her connect couples from across the US and other continents, and see them through the various stages of Shidduchim. She worked with many young men and women who had experienced difficulty in finding their match, and she treated them with the utmost dignity and respect.

The Rebbe himself arranged her marriage to her husband, Rabbi Shmuel HaLevi Heber, a world-renowned Torah scholar, who was studying in 770 at the time. When the future bridegroom asked the Rebbe’s advice, the Rebbe replied with a very special response and suggested that, “Zi Hut Dach Aleh Maalot” – “She [the bride] has all of the positive attributes”.

Her father, Rabbi Yisroel Shimon Kalmenson, was one of the Chassidim who had fled Russia and was known for his scrupulous Yiras Shamaim. The Rebbe used the wine which he prepared yearly for Pesach. Rabbi Kalmenson also served as the Rebbe’s Shochet on Erev Yom Kippur beginning in 5734 (1974). Following the passing of Rabi Yochanan Gordon, Rabbi Kalmenson also performed the customary Malkos on the Rebbe.

During the 1970’s and 80’s, Mrs. Heber was very active in N’Shei U’Bnos Chabad in Crown Heights, and would enthusiastically tackle each new Hora’a of the Rebbe, ensuring it would be disseminated appropriately to the women of N’Shei Chabad.

Rochel and her husband established a wonderful family, devoted themselves to building a home of uncompromising Chasidic education and values, and was fortunate to see her sons and daughters serve as Shluchim and educators throughout the United States. She was privileged to see her children, grandchildren and great-grandchildren gathered together mere months prior to her passing.

Her door was always open to the yearly Tishrei guests who knew they could come to her home for a warm meal, a seat at the table, and a listening ear. Rochel opened her home not only to family, but also to many who had no relatives in Crown Heights.

Mrs. Heber was a proud descendant of the Shpole Zaideh, often recounting his stories and qualities to her children as she endeavored to relay the important lessons that could be gleanedfrom his life.